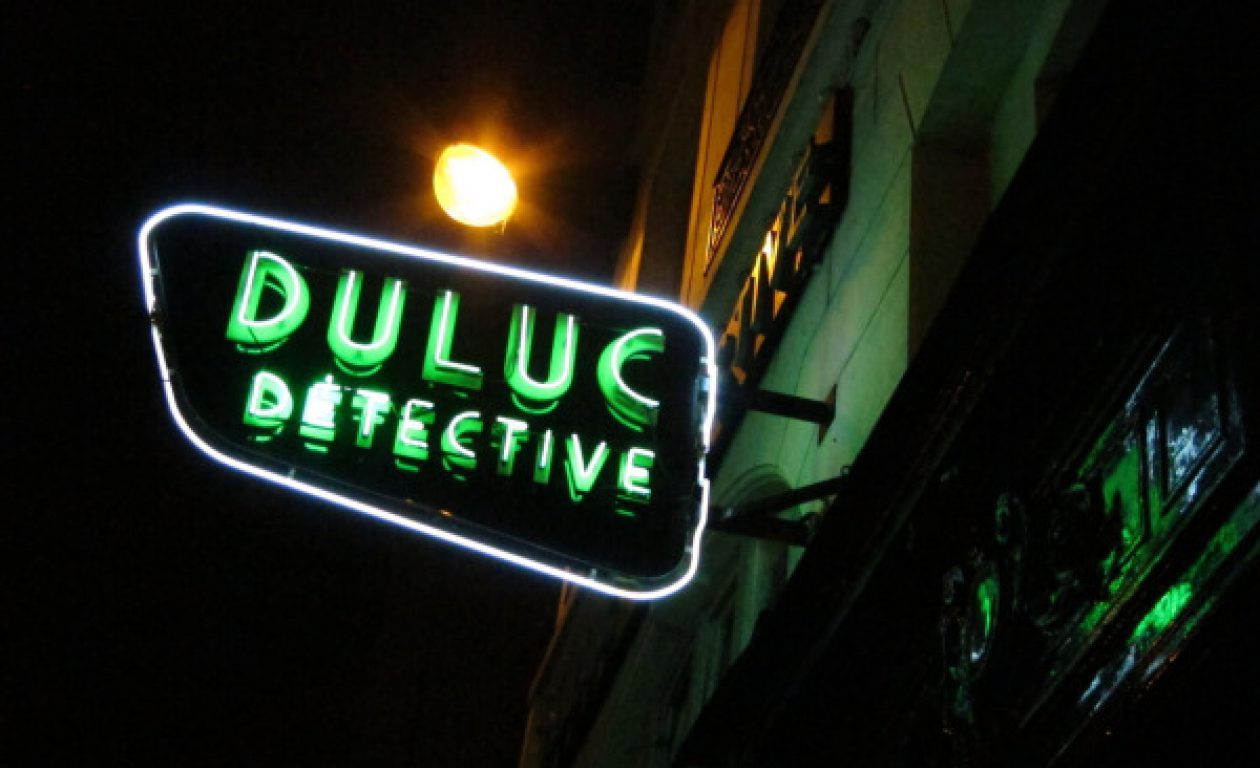 It was hot, humid, the city as far as the eye could see smelled bad, and the ceiling was dotted with dull clouds. The hot dog Ezra wolfed down for breakfast was giving him trouble. On top of that, the bunion topping his left big toe was throbbing in the new shoes he neglected to stretch beforehand.

It was a bad day to be having a bad day.

But that’s what it was turning into. Now the other penny was dropping. Two pennies, one of them big and mean, the other one smaller and meaner. He was sure nobody was behind him to trip him up but running fast and far was going to be a problem with his goddamn bunion. He kept his hands at his sides, his right hand balled into a fist.

“You can forget about that roll of pennies in your hand,” said the man next to Big Paulie

Luca Gravano was Big Paulie. He wasn’t tall big. He was big all around, a dark suit, dark tie, and white shirt. His face was pockmarked, and he wore thick black browline glasses. The lenses looked like they were smeared with a thin film of Vaseline. His brown eyes were slippery and unfocused.

He stank of low-priced cologne.

He could use a lucky penny.

“OK, let’s cut the crap,” said Big Paulie. “We ain’t going to get up to anything here, broad daylight, all these guys around, left and right.”  He waved a thick hand over his shoulder. “We just wanna know what it is you wanna know.”

Ezra looked past the big man. On the finger pier side was a freighter. Hemp slings were easing swaying pallets off the boat. In the distance he could see the Statue of Liberty. On the dockside was a two-story brick building. A loose group of longshoremen was coming their way, baling hooks in their belts. They would be D & D if anything did get up.

“I don’t know nothing about it,” they would all say, deaf and dumb, after it was all over. But they could be the smoke screen Ezra needed to be on his way.

“I’m trying to get a line on Tommy Dunn,” Ezra lied.

“Never heard of him,” said Big Paulie’s man in shirtsleeves.

“Who you work for?” the henchman asked. He had yellow fingernails and sharp front teeth. He wore a black felt pork pie hat.

“I’ve heard of them,” said the tough mean-looking man.

“I take your meaning,” said Ezra.

He took a step back, smiling meekly, turning and walking away in stride with the group of longshoremen going his way. He hated shucking and jiving, but he knew enough to hedge his bets. The hoodlums ran the shaping-up, the loading, and the quickie strikes. They hired you for the day if you were willing to kick back part of your day’s pay. At the shape-up you let them know by putting a toothpick behind your ear or wearing a red scarf or whatever the hell it was they wanted to see.

The Waterfront Commission hadn’t gotten much done since they got started, even though the State of New York and Congress of the United States were both in word and writing on board. It was taking some doing to make it into deeds.

It was just two-some years ago on Christmas week when a new union butted heads with the ILA. Tony “Tough“ Anastasio flooded the streets with the faithful. It took more a thousand club-swinging City of New York policemen to break up the melee at the Port of New York.

In the end, gang rule stayed the rule on the docks.

Ezra put the roll of nickels back in his pants pocket. He walked the length of the wire fence to the gate. Through the gate he turned his back on the Buttermilk Channel. He couldn’t settle down, a sinking feeling in his gut slowing him down. Red Hook was surrounded by water on three sides. A longshoreman smoking alone stared at him. He crossed the street into the neighborhood. The houses, six-story brown brick apartment buildings, were less than twenty years old, but they were already going suspicious and seedy.

Most days Ezra ran on caffeine and nicotine. Most nights he ran on alcohol and nicotine. Even though it was only late morning, today wasn’t most days.

“What have you got on tap?” asked Ezra.

A couple of longshoremen sat on stools a couple of stools away. Squat bottles of beer squatted in front of them. Neither man had a glass.

The TV on a shelf behind the bar was on, although the sound had been turned down to nothing. A beer commercial was running. It was a ticker tape parade through Times Square, but instead of war heroes or celebrities everybody in the parade was a bottle of Rheingold Extra Dry.

“No one knew what that was about,” said one of the longshoremen, pulling a pack of Luckies out of his shirt pocket.

“I got no trouble,” said the other one. “I support my family. I got my four kids. It’s good work.”

“Nothing changes,” said the Lucky Strike man lighting his cigarette. “You just live every day as if it’s your last.”

“I’ll have a Rheingold,” said Ezra Aronson. “Cold as can be, no glass.”